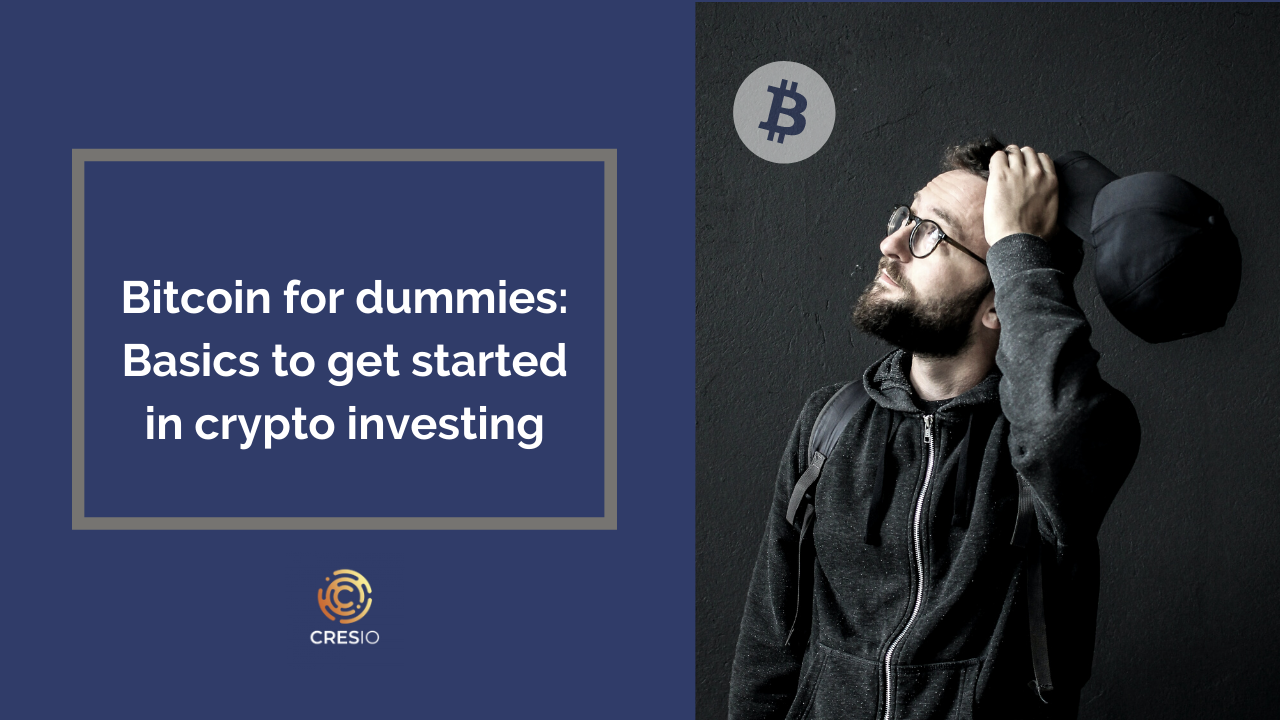 Bitcoin for dummies: Basics to get started in crypto investing

There is life beyond physical money. It is not unusual to reach for your wallet and find anything but coins or banknotes, at least for the more than 100 million users around the world who already use cryptocurrencies, as the website CriptoNoticias points out.

Cryptocurrencies such as Bitcoin are becoming increasingly popular. There is no doubt about it. But what are the concepts behind their revolutionary technology? Are you taking your first steps into crypto-investment or do you want to brush up on some key concepts?

Whatever your goal, here you will find a glossary of the most important terms in the world of cryptocurrencies. Or rather, Bitcoin for dummies.

For a long time, we have been accustomed to the usual formula that has been repeated for centuries: physical money. However, most of the money in the world is neither coins or banknotes like the ones you can carry in your pocket, but virtual money.

Banks keep very sophisticated ledgers, but they are totally centralized and only they are in control. Now, imagine a decentralized ledger, not controlled by the bank, with thousands of copies spread around the world that anyone can consult. That's how Bitcoin works!

The computers that store a copy are called nodes. To ensure that this ledger is not tampered with, every time a new transaction is made, thousands of computers compete for the privilege of being able to write that transaction to the ledger. These users are called miners, and in return for their work they are paid with freshly mined bitcoins.

Thanks to the large number of competing computers, it is virtually impossible to modify the ledger. It would be like trying to alter a document while millions of people around the world are watching you. Hard to believe, isn't it?

This is possible thanks to the technology at the heart of cryptocurrencies: the blockchain. It is a decentralised and distributed database used to record transactions on many computers, so that these records cannot be altered without the consensus of the entire network involved.

Satoshi Nakamoto, the creator of the first cryptocurrency, put a cap on the supply of bitcoins that is regulated through an algorithm in its source code: there will be a maximum of 21 million Bitcoin cryptocurrencies, not one more. Currently, around 90% of the total that can exist has already been mined and it is impossible to alter the code so that there can be more. As a scarce commodity, it could increase in price in the future.

This is the opposite of fiat money, such as the peso, dollar or euro, which are created at the will of each government's central bank. This makes the money worth less and less (inflation). To acquire bitcoins, you can access exchanges, such as Binance, Kriptomat or Kraken, or buy them from other people who already have them. Cryptocurrency exchanges allow you to exchange these assets for fiat money or other cryptocurrencies.

However, going from the conventional to the unusual is easier when you have a glossary of Bitcoin terms for dummies. Read on!

Are you familiar with these terms, are you hearing about them for the first time, and have you had any doubts? We hope this quick and easy guide to Bitcoin for dummies has helped you. Contact us without obligation, Cresio will be happy to help you.

Nft system: what is it and what are its advantages?

You are used to the usual formula that has been repeated practically since the world was created....
Read More

Altcoin season: why it is good to invest in it

If you are interested in the world of cryptocurrencies, you will have heard of the term altseason...
Read More

How can I add a token to metamask?

"I want to add a new token to Metamask, where do I start?" Behind increasingly common actions, such...
Read More